Betsy Scheld was a dear friend who’s artwork should be remembered and shown more on the internet. This excerpt is from inxart.com: 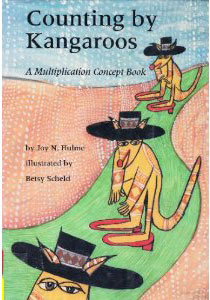 Betsy Scheld was an energetic young illustrator who worked in New York and contributed to INX until January 1996, when at the age of 32 she died from spinal meningitis.

She received a BFA from Pratt Institute in Brooklyn, NY. In 1990, she was awarded a Master of Fine Arts degree from the Art Institute of Chicago, Her work appeared in a variety of popular publications such as The Village Voice and The Sacramento Bee, as well as The New York Times and Newsday, In addition, she illustrated two children’s books, several CD covers, billboards, and numerous book jackets, one of which received the prestigious Tiffany Award,

Betsy Scheld’s artwork is a vivid reminder of her personality, She was known for her laughter, her sense of originality, and her love of art. Her use of bright colors and frenzied lines express the energetic pace at which she went about her work and life. She expressed the humor she saw in the problems of everyday life by using disproportionate figures and skewed perspectives. She had a spirited defiance of what most people considered normal. Her taste in fashion and view of social expectations usually went against mainstream norms. These themes are reflected in her artwork, as she often drew humans with three eyeballs or green skin and kangaroos sporting red shoes.

Betsy Scheld also had a serious side reflected in her work. Some of her illustrations confront issues such as homelessness, AIDS, and other problems associated with city life, She was also concerned with discrimination against women. She considered her feminist point of view an important aspect of her art. Having experienced difficult times in her life, she strongly identified with others who struggled. Her work often expressed the distress of victims in a stark and sometimes disturbing manner. 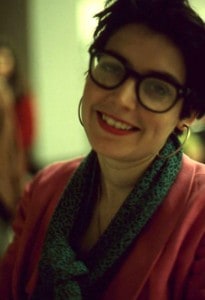 The members of the Scheld family are pleased that Betsy Scheld’s illustrations are being exhibited in Poland. Two of her grandparents were first generation Americans from immigrant families who left Poland for New York in the early 1900s. At family gatherings, many personal stories were told of the challenges and triumphs of the Kaminski family, and of the Polish immigrant in New York City in general. This cultural heritage formed an important part of Betsy Scheld’s social identity. She would have felt a great sense of accomplishment and pride to have her artwork displayed in Poland today.