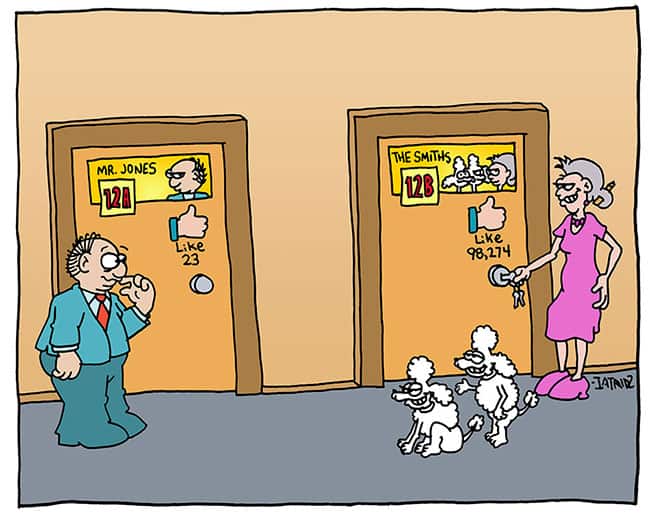 So apparently facebook is building a small city of sorts for its employees to live in. Read about it HERE in a nice article by the very clever Richard Heap, Community Editor for UBM Future Cities. So now it’s possible for some to spend all day on facebook and live there too? 🙂 Rich is using this new illustration as an upcoming captionless cartoon contest image on ubmfuturecities.com.

(She’s more popular because of the poodles, don’t you think?)